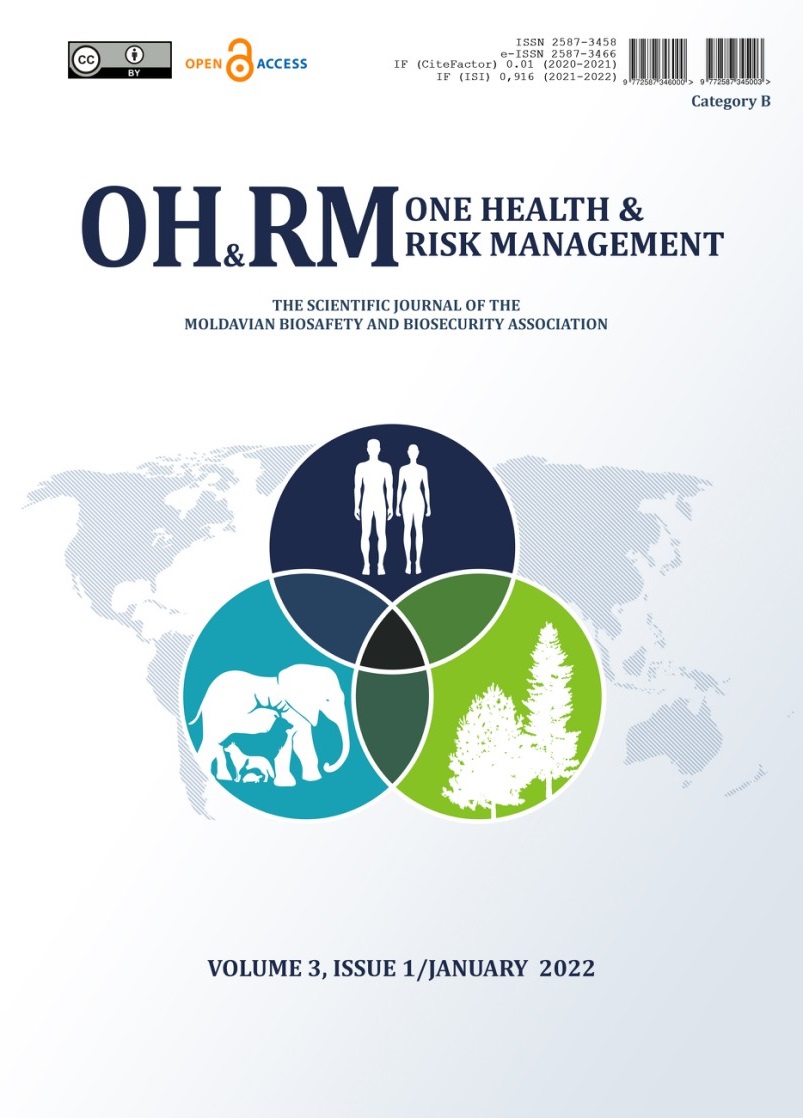 Introduction. Airport territories are large, containing a high variety of biotopes, mostly open type, and are relatively protected against intense human activity, thus creating favorable conditions for many mammal species that serve as trophic source for many bird species.

Material and methods. The studies were performed during 2012-2014 on the territory of Chisinau airport and within the adjacent ecosystems. The mammals were recorded by direct observations, based on traces and trophic activity on routes ranging from 1 to 3 km. The small mammals were assessed with traps. The bat species were identified according to their flight pattern and using the ultrasound detector.

Results. In the airport, 31 species of mammals were registered: 5 insectivore species, 7 bat species, 14 rodent species, 1 hare species and 4 carnivorous species. The most widespread, common and abundant were the rodents and the fox. Among small rodent species, the most abundant was Apodemus sylvaticus with 51.6%, followed by the Microtus arvalis (38.9%), while on the airport grassland, the field vole dominated with more than 60%. The diet of Athene noctua included predominantly Mus musculus with over 51%, followed by M. arvalis with 23.7%. 7 species are rare and 5 protected – bicolor shrew and 4 bat species.

Conclusions. The airport territory and adjacent ecosystems provide favorable conditions for many mammal species. The presence of rodents favors the occurrence of rather high number of prey birds, which represent a threat for the safety of aircraft flights. The fox can pose direct threat to flight safety.

Most read articles by the same author(s)